The unrelenting winter storms and floods continue to drive the need for Red Cross support across the U.S. In just one month, we have served seven times more meals and snacks and provided six times more overnight stays, compared to this same time last year.

That works out to: 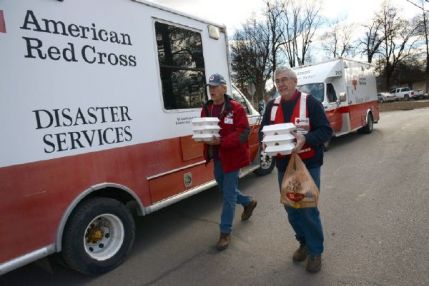 Flood survivor Marcia Walsh welcomes a comforting hug and hot meal from Red Cross volunteer Devyn Brown. The Red Cross is providing hot meals to Marcia, and her family and friends who are cleaning up following the historic flooding near the Meramec River in Valley Park, Missouri. January 3, 2016. Photo by Daniel Cima for the American Red Cross

Around the country, hundreds of disaster workers and volunteers are on duty to provide relief during this increased time of need. And the Red Cross is working closely with government officials and local community partners to ensure people receive the help they need. 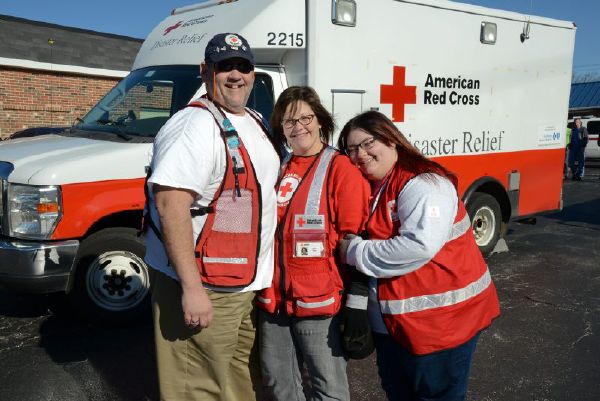 But Mother Nature doesn’t appear to be letting up soon. The threat of flooding in the Midwest and South is expected to extend through the middle of January.

While the unprecedented winter storms continue to affect communities across the nation, it’s easy to overlook the smaller emergencies that are happening every day.  90% of the disasters the Red Cross responds to are home fires and this past month has been no exception. Since early December, the Red Cross has responded to nearly 5,000 home fires across the country.

Unfortunately, the relentless storms and flooding have overwhelmed our resources. That’s where you can make a difference.

How you can help

Donating is easy. Simply visit the American Red Cross website or call 1-800-REDCROSS. You can also text “REDCROSS” to 90999 to make a $10 donation or visit our Facebook page. If you would like to donate to your community, you can do so by contacting your local New Hampshire or Vermont chapter via telephone or mail.

About the American Red Cross:

The American Red Cross shelters, feeds and provides emotional support to victims of disasters; supplies about 40 percent of the nation’s blood; teaches skills that save lives; provides international humanitarian aid; and supports military members and their families. The Red Cross is a not-for-profit organization that depends on volunteers and the generosity of the American public to perform its mission. For more information, please visit redcross.org or visit us on Twitter at @RedCross.